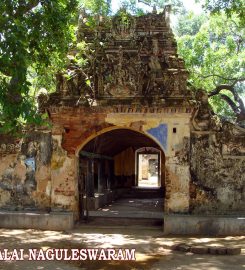 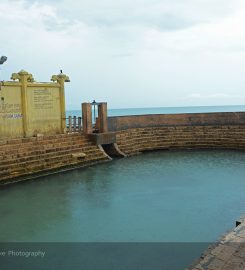 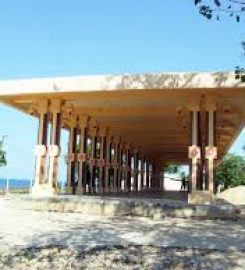 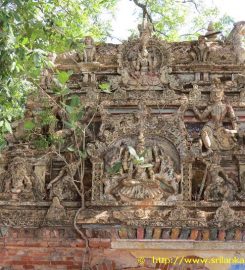 Natural water spring where illnesses and sicknesses are cured

Keerimalai Naguleswaram temple historically known also as the Thirutambaleswaram Kovil of Keerimalai, is a famous Hindu temple in Keerimalai, located north of Jaffna, Northern Province, Sri Lanka in the suburb of Kankesanthurai. One of the oldest shrines of the region, it is the northernmost of the island’s Pancha Ishwarams of Lord Siva, venerated by Hindus across the world from classical antiquity. Hindus believe its adjacent water tank, the Keerimalai Springs, to have curative properties, which irrigation studies attribute to high mineral content sourced from underground.

Keerimalai is 50 feet above sea level, and situated west of Palaly. Hindus flock in large numbers on Aadi Amaavaasai day which falls during the Tamil month of Aadi, to carry out rituals for their forefathers and bathe in the natural springs. Carried out largely by men, “Keerimalai” is particularly famous for this festival.

The temple was largely destroyed by Jesuit missionaries following the Portuguese conquest of the Jaffna kingdom, restored by Arumuka Navalar in 1894, was occupied by the Sri Lankan Army in 1983 and bombed by the Sri Lankan Air Force in 1993. After nearly twenty years, a major expansion and reopening of the temple occurred in 2012.