Stroke of genius … swim in style at Gellert Baths on a Budapest mini-break.

October and November are still a little early to soak up northern Europe’s wintry charm (and most Christmas markets don’t open till the end of November/early December) but thanks to the city’s incredible thermal baths, Budapest will always be a great destination for getting warm and cosy. It’s among the cheapest city-break destinations in Europe, too, with a recent survey by No1 Currency estimating that a three-day break can cost £300, including flights. A Skyscanner search picked out flights from London to Budapest for as little as £52 return for a weekend in November. Book a stay at a budget boutique hotel, such as chic Brody House (rooms from around £60 a night), and wile away a weekend in the bathhouses. The art nouveau Gellert Baths feels like bathing in a palace and admission is £15, including locker use; massages and treatments start from £15.
• For more ideas check out our Budapest travel page 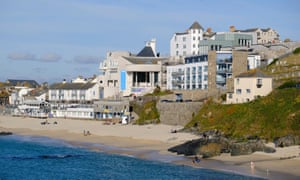 After a four-year building project, Tate St Ives reopens on 14 October with a major exhibition by British sculptor Rebecca Warren and another exploring the history of modern art in the town itself, featuring artists Barbara Hepworth and Piet Mondrian. It makes a great excuse to visit Cornwall. The newly-refurbished Primrose Valley hotel is a five-minute walk from the town centre with rooms from £95 B&B in early November. Alternatively, stay out of town: the Gurnard’s Head is six miles to the west of St Ives, with seven rooms from £120 B&B a night. Or try the laid-back Artist Residence Penzance (20 minutes’ drive from St Ives) where each bedroom has been designed by a British artist (doubles from £120 a night in October, from £85 in November) and it does an excellent breakfast. 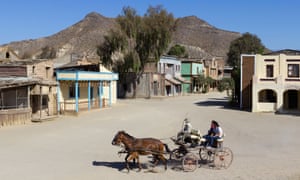 The seminal western Once Upon a Time in the West was filmed in Fort Bravo. Photograph: Stuart Black/Alamy

The province of Almería in south-east Spain is scorching hot in summer but at this time of the year the temperature settles down to the low to mid 20s, making it far easier to explore the surrounding Tabernas desert, an incredible location where classic spaghetti westerns including The Good, the Bad, and the Ugly were filmed. To get a taste of the area’s cinematic past, visit “Mini Hollywood”, where there are three wild west attractions built around the old sets – the Oasys Theme Park, Fort Bravo and Western Leone. To really absorb the desert landscape, stay at La Joya de Cabo de Gata, an eco-retreat in the Cabo de Gata natural park, with cottages for 2-4 people from £106 a night. 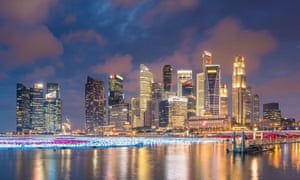 If you’ve been toying with the idea of a trip to south-east Asia, the latest news from ever-expanding low-cost airline Norwegian will be of interest. The airline is now flying from Gatwick to Singapore from £179 one-way. From Singapore, there are cheap connecting flights to Thailand, Malaysia or Indonesia – it could be the ideal way to start your adventure. Or stay and explore the island nation where there are secluded coves, nature reserves and walking trails and a vibrant contemporary art scene to discover, as well as the gleaming modern city.

Back up
x
x
This site uses cookies: Find out more.