Pitches 40
Good for Atlantic isolation
On the western foreshore of St Agnes, the southernmost of the inhabited Isles of Scilly, the farm’s meadows slip right down to the sea. Pitch on the water’s edge at the UK’s most south-westerly campsite, with Periglis beach (a shell collectors’ paradise) on one side and intriguing rock formations on the other. This is a dairy farm, with just nine milking cows, so indulging in the delicious homemade ice-cream from its shop is a must. At one-mile wide, it’s an easy walk across the isle – extend your stroll onto wild Gugh island at low tide when a sandbar walkway is revealed.
• Pitch for two from £22 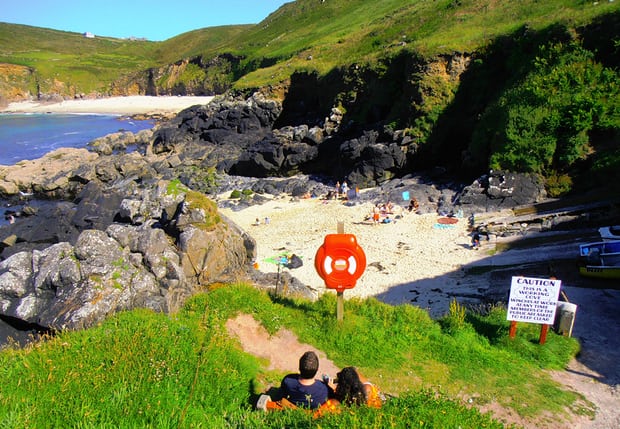 Pitches Two
Good for Private pitches
This pocket-sized campsite on the Penwith Heritage Coast may have just two tent pitches but both are enormous and an adjacent 12-acre woodland, dimpled by small ponds, provides ample extra space to roam. As the name suggests, the campsite is entirely off-grid; but there are sinks with mains water, composting toilets and hot, gas-powered showers. Walk the half-mile to sandy Portheras Cove or ramble inland to Watch Croft, the highest point in West Penwith. Local outdoor education company Future Tracks runs weekly bushcraft sessions on site.
• Pitches for up to four adults from £270 Friday to Friday, £156 Monday-Friday, or £117 Friday-Monday 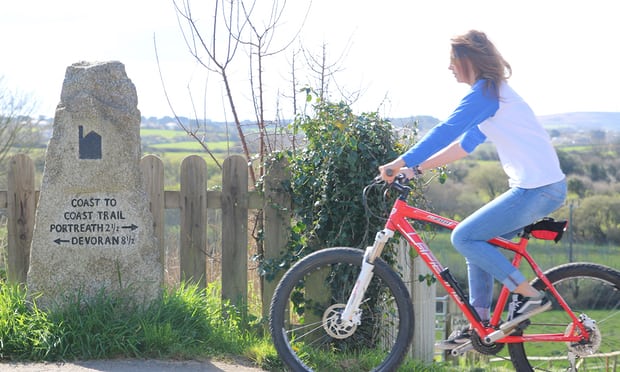 Pitches 20
Good for Cycling along the coast
Capitalising on a prime location beside Cornwall’s Mineral Tramways coast-to-coast cycle trail, family-run Elm Farm first opened a bike-shop and cafe in 2014, before setting aside two meadows for tents and campervans. The success of the bike shop means the camping business is a lesser-known treasure and, with just 20 pitches, the site doesn’t get overcrowded. Campers get a discount; so hire bikes and pedal south to Portreath beach or north to Porthtowan, each two miles away, while, inland, the cycle route takes in the quarries and copper mines of Cornwall’s industrial past.
• Pitch and two people from £16 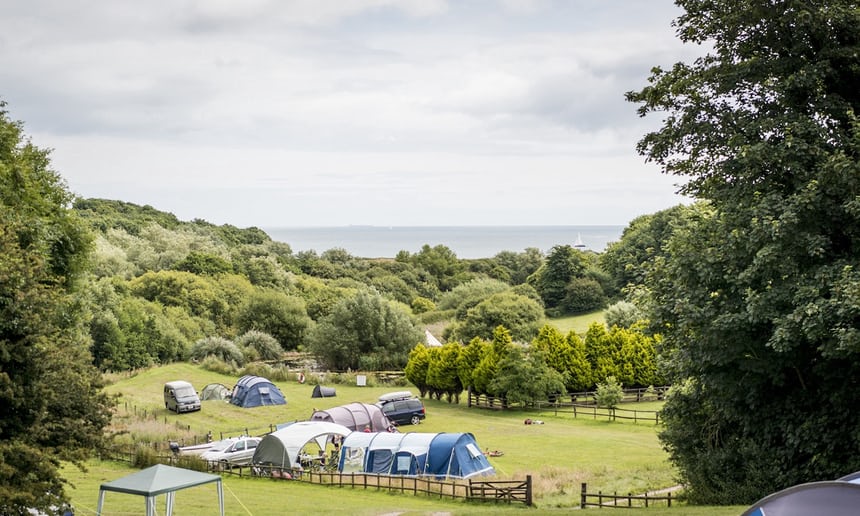 Pitches 30
Good for Getting away from it all
The last mile to Beryl’s, down cow-parsley-crowded lanes, is like a treasure hunt, aided by tiny white signs that end where a farm track begins. Yet, despite the hidden location and the shelter of trees in all directions, a hillside setting offers open views (and a scenic footpath) from the top paddock down to Start Bay. The campsite has a small pond, space for ball games and a barn-cum-facilities block with a covered picnic area for rainy days. Get up early for the chance to see resident deer.
• Pitch for up to four people £24–£28 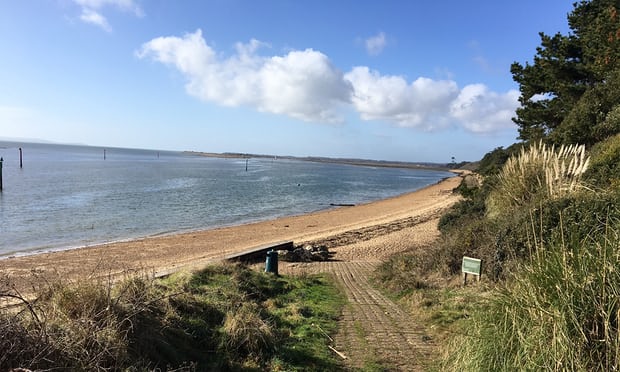 Pitches 100
Good for Families
The New Forest isn’t known for its coastline but, within the boundaries of the national park, this family-friendly, tent-only campsite occupies a supreme spot along its shore. Opened in 2017, the campsite is relatively basic – there are no electric hook-ups and the nearby beach cafe acts as an unofficial campsite shop – but it’s well organised and allows campfires. Watch sailing boats and Isle of Wight ferries from your tent or walk the 45 minutes to Exbury Gardens – a 200-acre arboretum with views across the river Beaulieu to Nelson’s former shipbuilding yards.
• Pitch and four people from £32.50

Back up
x
x
This site uses cookies: Find out more.